What a week sending the wrong package to my eBay client.
Posting the same picture twice on eBay.
Being distracted for everything.
Wondering what truly is happening.
Then the biggest blow of all : forgot my best friends birthday!
I have only known  her since I came from the lace and chocolate boat in 1955.
By now I should remember her birthday.
If she reads this and she will.....I would be on my knees to ask forgiveness but then I would not be able to get up until the EMS shows up and I locked my door so they can't come in.
Sorry Old Girl
I am a mess
Hugs

Posted by Jeannot at 3:27 PM No comments: Links to this post

ALL IS WELL WITH THE WORLD

my baby Zack had all his tests today MRI, Cat, bloodwork etc.....
he passed as he should with a NO CANCER verdict.
What a great day for him and the rest warriors, and worriers.

Sabrina does not know it but he really is mine.
I look at that giant of a man and I see this : 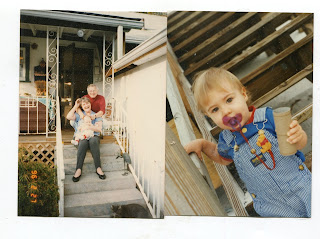 Posted by Jeannot at 4:46 PM No comments: Links to this post 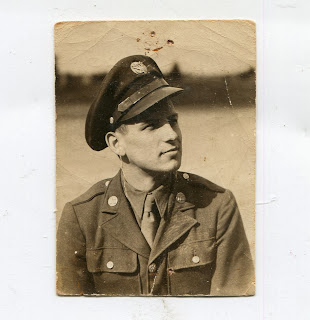 I am no longer here to write my story but I hired a ghost writer......

I was going to graduate in a few weeks, I was missing one credit , we all know how much I hated to do sports and I'd rather sit in a corner drawing their actions. I missed gym. Then I would be going to Salinas College and study art.

However, a war was going on. My mother already had 3 stars on plastered on her window. Would I be the 4th one? I was pretty sure , I was not a hero jumping in to volunteer, how would I ever shoot another human being.? I did not think I had it in me.

Uncle Sam on my birthday, June 8th, called and said hurry up and leave it all behind and go to Fort Lewis in the State of Washington.
Mother was left with 4 girls all weeping because I was the youngest boy. I was my sisters best friend.

I had only left my gorgeous beach town, Santa Cruz Cal., once. I had been to San Francisco so see a Disney film and had done it on my own on the Greyhound bus. So going away again was just going to see the world. I put it out of my mind that I would be fighting.

The winter in Fort Lewis was hard and I was delighted with snow and cold, it was something new and I loved it. I was all grown up now. My pals were much older than I and had volunteered. They took it upon them to tell me about what to watch out for and it was not Japanese. It was about women and about staying within your Faith and not stray.

I grew up a Christian Scientist , my grandmother had started it all and my Mom and sisters were following the little black book from Mrs. Eddy, the founder. My little black book was well worn and so was my Bible. We had daily lessons and I continued to read while away. My Methodist friend was extremely
religious and yet gave me the freedom to be what I wanted to be. I thought everyone in the world would feel that way but found out time and time again that people said I belonged to a cult. So I started to shut up about it and do what I needed to do. I learned that some people were prejudiced about religions.

I learned to smoke while there much to the chagrin of some of the older fellows. They said I would never be able to quit, this was it. It took me 42 years to do it!!! I did not have lung problems at the end but my brain just gave out. Lucky for me I never knew it, people just told me and I did not understand what they were talking about.

In the early spring of '45 I finished training , I had done little of it as they put me in the drawing department making drawing plans for everything needed and not needed.
Now I was on a train to New York with a stop in Chicago. I could not believe my luck when I had enough time to to go the museums while in transfers. I was in heaven. I figured I was very lucky for that experience.
Next I am on a ship on the way to the Philippines. I was to be under the command of GenMc Arthur.
The man with the pipe. I was to go to Manila. I was to go where there was war.
Immediately I was put in the office and back on drawing and burning documents for the General.
We heard the fighting, we heard a lot of action but no one got near our camp. No one died around me.
The hardest part was when I had guard duty. I had never seen bugs the size of my hands, they flew around us, guards, and I was tempted to shoot some.

One day I did receive a medal and I asked why , the reply came when I had gone to the infermary with a burned hand, I had been on the receiving end of dish of hot mush, trying to grab it I had a bad burn and a medal!!!!

September 2 1945 Japan signed the Instrument of Surrender.
I was lucky I did not have to kill anyone. I know what you brave people will think but I just did not have it in my DNA to be a killer or to defend my own body. It just did not register.

Once I was released my greatest journey was ahead of me : School on the GI bill, 2 years in Salinas under the umbrella of the best watercolorist  Leon Amix . then on  the BIG city L.A. to the Chouinard Art Institute  with the best teachers on the West Coast, Edith Head being one of them and she had Oscars to show her talent was genuine. I wanted to be a Disney cartoonist and some of them were my teachers. Once out of school (2 years here too) I decided Disney did pay peanuts and I wanted to became an artist, a watercolorist, and a trompe l'oeil master.
And so I did for all my adult life it was all about colors. Filling someone's wall with something that did not match their couch and they would like to keep forever.

Not every soldier had it that easy to be sure. Today remember them all.
Please remember them !!!!!!
RGK via JMK
Posted by Jeannot at 7:51 AM No comments: Links to this post

So in Belgium you used to get the day off and expected to go to church on this Nov 1st day.

My Mom had passed on November 8th , she no longer went to church, well she did for weddings and funerals both with some tears. Otherwise she did not want to go and tell a priest her business.
Besides that sinning was not really a problem with her anymore. Maybe gossiping is a sin ? I do not remember that? I remember stealing cookies from my mother was a sin and that was my weekly rapport to the priest. I could never think of anything else.

Anyway with the Catholic DNA still running in my veins the first year after her death I wanted to go to church. I wanted to go to Asheville, they have a fabulous little old church there. Daughter Rhonda who had just moved there was delighted to take me. To my surprise her husband (then) came also, he was on his way to work anyway so he decided to be with me too.

I wanted to sit in the back as I did not remember when to stand, went to kneel, the whole enchalada of church rules and torture. I wanted to watch the ones in front of us who no doubt were "regulars".

No sooner did the organ play a note and an old gentleman came to my son in law and whispered something. Jim , is a physician, and he was dressed in a lovely suit ,shirt and tie. He turned to us and smiled and left with the old man. We just could not figure what was going on. Looking at the prayer book we got into the
service when suddenly appeared Jim holding a basket and collecting money.'
His grin had us in stitches and we hid behind the books. It turned out that they were short of ushers, Jim looked dressed up enough to be one so they recruited the Methodist man to get money for them.

I doubt they ever knew but then a collection is worth every penny even if a Methodist begged for it.

Posted by Jeannot at 11:25 AM No comments: Links to this post